War memorials are everywhere! You can see them on village greens, in town or city squares, in churches, schools and colleges, at railway stations, and in banks or in other business premises.

The Imperial War Museum has a website catalogue of war memorials – presently covering about 65,000 of them in the UK and regularly being expanded. It notes the location of a memorial and provides a description and usually the wording of any inscription. The site estimates that there are about 100,000 war memorials in the UK but this may be an under-estimate. (If you know of any war memorial that is not yet featured on the IWM site, please do provide details of it to the site so that the online catalogue can be expanded. War memorials are an important part of our history and heritage – a full catalogue of them is needed.)

War memorials come in many different forms; cenotaphs or columns (some with statues above them); plaques, scrolls, books of remembrance, gates, statues, triptychs, church screens, chairs, lych-gates, lamps, bells, flags, gravestones, paintings and murals. Some memorials are combinations of two or more of these. While many war memorials are quite plain, others are beautiful (from an architectural or artistic point of view) and moving tributes to those who paid the ultimate sacrifice or those who served our country in its time of need. 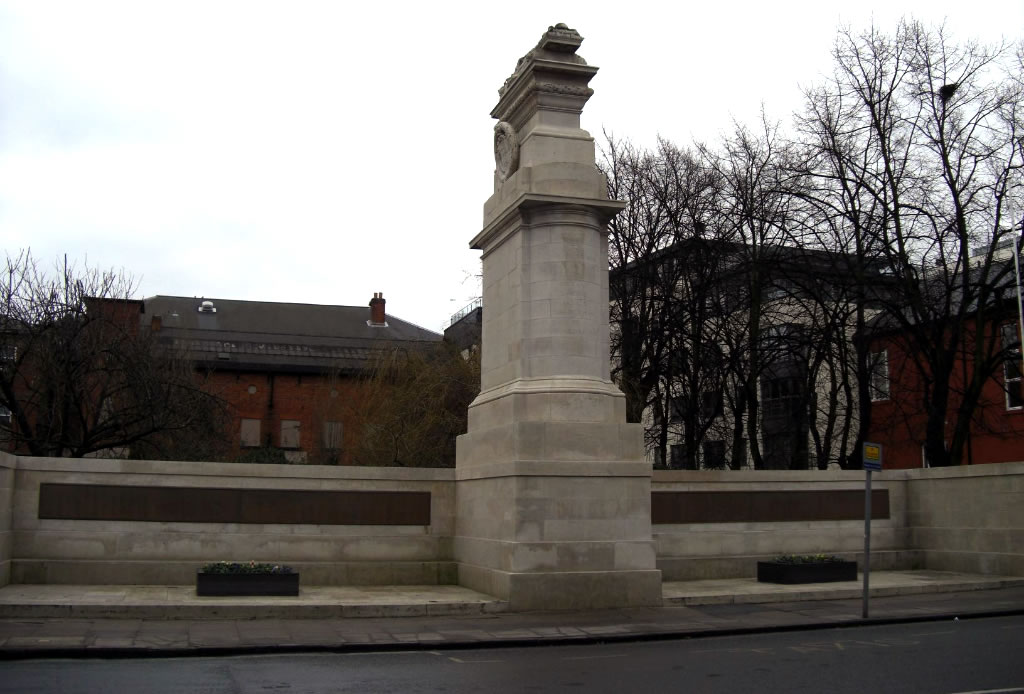 Some memorials feature only the names of men and women – but some memorials provide a range of other useful information about those people: their regiment or unit or ship, rank, medals, dates of death, and where and when they served or died. Even the existence or location of a war memorial can provide useful information to family historians. Memorials in schools, colleges or universities, or in business establishments reveal maybe hitherto unknown information about the occupation, employer or education of our ancestors.

For example, the memorials in department stores such as Harrods, Selfridges or Libertys in London list their employees who died in WW1 or WW2 – in some cases even noting the department in which the person had worked. Similarly the great memorials of the railway companies, such as those in Derby or at the stations in Guildford in Surrey or Exeter St Davids, or the large London stations such as Waterloo, Liverpool Street and Victoria, reveal the name of the railway company for which an ancestor worked and in some cases the name of the railway station or depot in which he worked before enlisting.

You may not know which school your ancestor attended – but if he or she appears on a school or college war memorial the answer is there waiting for you. Search our site and see if you can find your relative – maybe having attended the City of London School or St Albans Grammar School.

Most war memorials commemorate the members of our armed forces but some commemorate the civilians who died (especially during the Second World War). A notable example is the Blitz Memorial in Bristol. The firefighters' memorial in London includes those men and women of the fire service who lost their lives in the blitz of London. 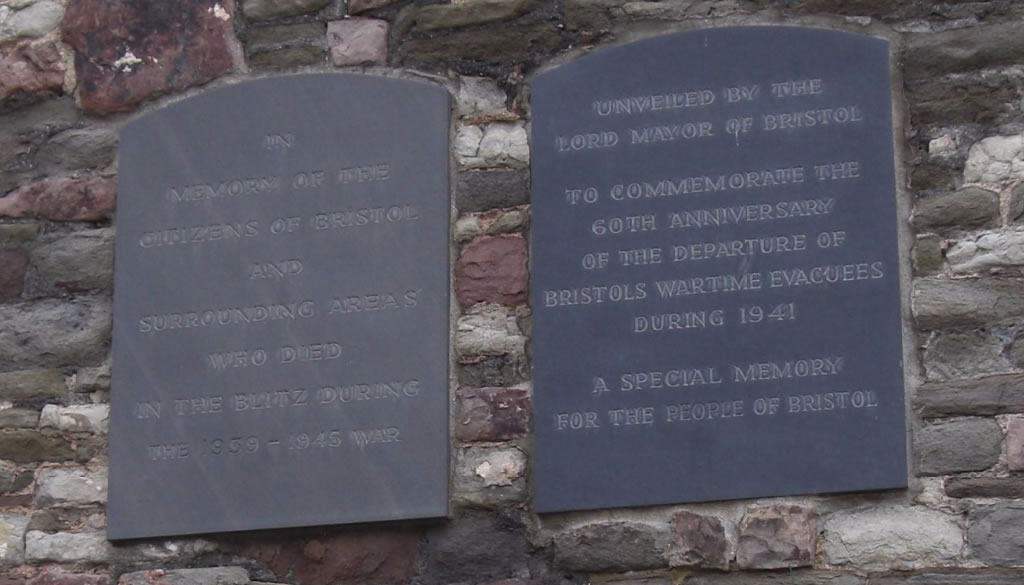 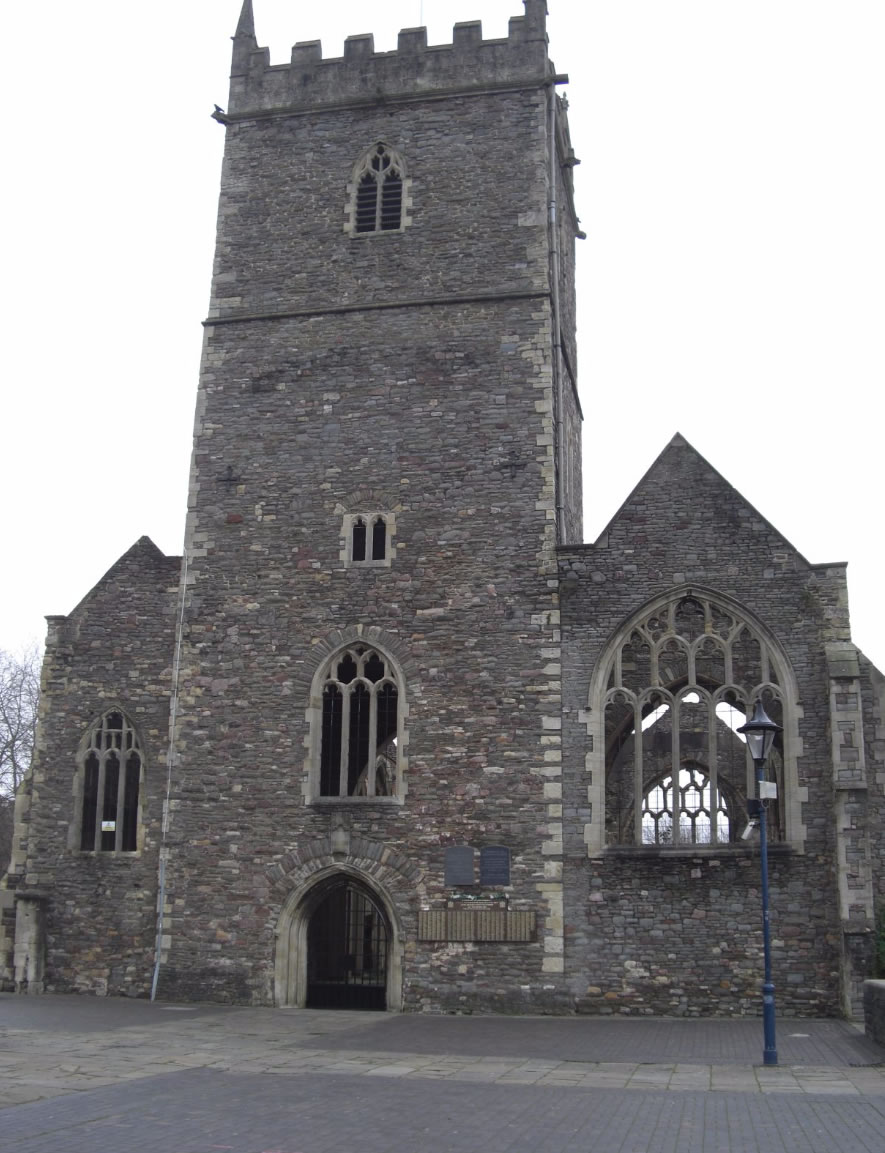 Although many war memorials have been carefully preserved, there are others that have been lost, destroyed, stolen or defaced – and some that have become illegible over the years due to the effects of weather and pollution. The cenotaph in Southampton (designed by Lutyens) has crumbling stonework so that many of the names can no longer be ascertained – however plastic screens featuring the names of the deceased have been erected on an avenue leading to the memorial.

The Commonwealth War Graves Commission (previously named the Imperial War Graves Commission) tends the graves of hundreds of thousands of men and women both in the United Kingdom and abroad. The enormous cemeteries (and memorials to the missing) in France and Belgium are particularly moving tributes to the deceased.

However, many people are unaware that the CWGC tends many graves and memorials in the United Kingdom. The distinctive CWGC headstones – the same shape and stone whatever the rank of the man or woman – can be seen in churchyards and cemeteries all over the country. Sometimes they are in groups – perhaps near the distinctive columns featuring the Sword of Sacrifice – for example in cemeteries near to hospitals which tended the wounded. Sometimes one might see a solitary CWGC headstone in a small country churchyard – usually indicating that a wounded serviceman died at home from sickness or his wounds. Some of the CWGC memorials in the UK are enormous – a notable example is the memorial at Tower Hill in London to the men and women of the Merchant Navy and fishing fleet who died in WW1 and WW2 and have no known grave but the sea. The WW1 memorial – in the shape of a temple, has plaques featuring the names of 12,751 men and women, together with the names of the ships on which they served. The memorial for WW2 – a sunken garden with walls of plaques – features the names of 23,867 men and women.

We urge you to look at the photos on this site of memorials such as these – and visit the memorials if you can. They are a marvellous tribute to the men and women who served or died for our freedoms and way of life.