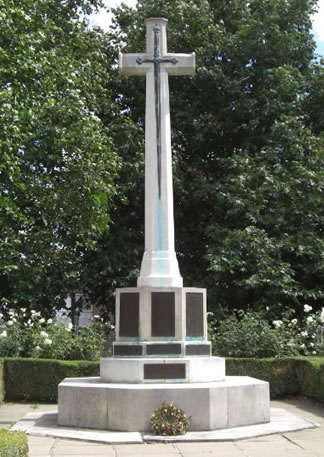 By the end of the nineteenth century, it was common for regiments in the British Army to erect monuments to their comrades who had died in small Imperial Wars and these memorials would list their names. By the early twentieth century some towns and cities raised the funds to commemorate the men from their communities who had fought and died in the Second Anglo-Boer War.

However it was after the great losses of the First World War that commemoration took center stage and most communities erected a war memorial listing those men and women who had gone to war and not returned. In many cases, these memorials were later extended to show the names of locals who died in the World War II in addition.

War memorials can differ significantly in type and composition. Many war memorials often take the form of a traditional monument or statue, while others consist of entire buildings, often containing a museum, while yet others are simple plaques.

We provide a unique service that allows you to find your ancestor on the largest collection of combined War Memorial records and images currently available anywhere. With a fast growing coverage it's now possible to quickly search for an ancestor who is commemorated on a memorial. Our War Memorial collection includes a very large number of records from the Boer War of 1899-1902 and WW1 and WW2 but it also includes memorials from as early as the 17th century up to very recent conflicts such as Northern Ireland and Afghanistan. Soldiers, sailors, aircrew and civilians are all featured - and not just those who died. Many men and women who served but survived also appear in the records.

Using the sophisticated search technology, with just the basic details you can locate full information on where a soldier is commemorated, find out more details such as the regiment he was in and full location of the War Memorial and even see images of the war memorial itself to view the name of your ancestor!

Finding your ancestor in the records

Here we find the unusual records of a Thomas Ambrose, who was killed in 1916 by a bomb from a German airship flying over Sudbury. The transcribed record details how he died and where he is commemorated, as shown below:

Each transcript brings up details of the memorial with overview images of the entire memorial.

Find your ancestor using just their name, locate their memorial and add the images and information to your family history records, or even plan your visit!